When I heard the chosen theme at I Heart Cooking Club was bacon, I was so happy. Just the day before, my local market had center cut bacon on sale and I bought a large package. 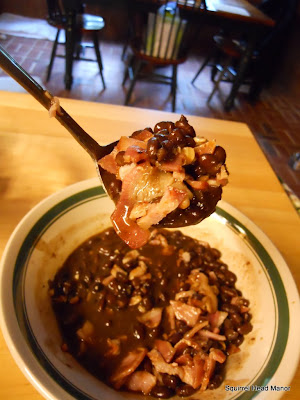 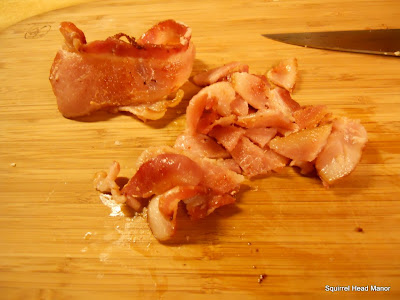 This one is easy…but most of Bittman’s recipes are, which makes them a winner for anyone with limited kitchen time.

Fry 6 ounces of bacon, remove to cool. In the same pan pour a bit of olive oil, add minced garlic and onion. 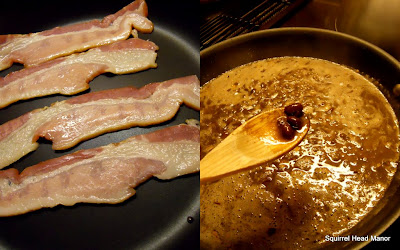 Stir it fast so it doesn’t burn……….now tip in black beans, about a teaspoon of red pepper or chili powder, then add ¾ cup of dark beer. I chose to use Smuttynose Old Brown Dog Ale which has a good full body. Great taste…..even without bacon. 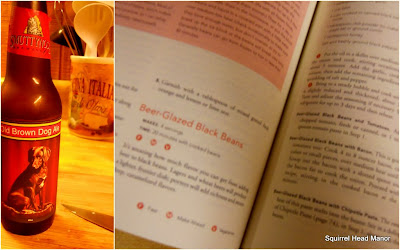 Let this simmer, stirring occasionally, until the liquid reduces. Now just before you serve this dish chop up that bacon and toss half into the black bean mixture. Turn it through using a large spoon so the bacon is mixed in…top with the remaining bacon.

This went well over rice. I don’t think I’ll use as much red pepper next time…owee…heartburn.

Bacon and beer are natural combos ( not just in my humble opinion ) and there is a festival to celebrate such a pairing. Really. Check out Boston Bacon and Beer Festival and you’ll see 300 tickets to this events were claimed in 2 minutes. Now that is a serious love of bacon and beer.


As for this recipe, the beer made a bold statement mixed up with black beans and garlic………..makes your mouth water. Hurts your heart, but pleases the taste buds. 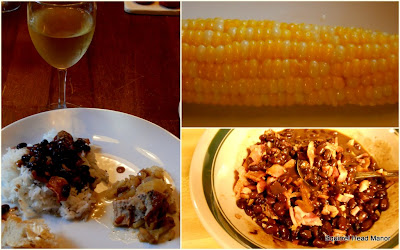 How To Cook Everything, page 420

Surf over to IHCC and see what everyone else has prepared with bacon…mmmmmmmmmm,,,BAY-con.