The movie host at Food 'n Flix this month is Camilla writing at her site Culinarary Adventures. There isn't a a set movie rather any movie filmed or set in Hawaii. That opens up many choices.

My first thought was the movie Pearl Harbor with Kate Beckinsale or Midway, a newly released movie which we own. Browsing at the library and also using Camilla's suggestions (see her site) I chose Kong: Skull Island.  Yeah, don't ask me why I thought that was a good idea.  Food references or scenes were basically non existent.   But it was partially fimed in Hawaii.

The one food scene I noticed was a soldier eating a can of C-rations. It was either beans or beef stew.  Oh right, there was a scene with a hotdog and a beer later on.

Activate creativity-mode for a representative dish!

I knew I didn't want beef stew so a black bean gnocchi soup was created.  I don't have a recipe but I'll tell you what I did.   I sauted an onion and several garlic cloves in olive oil.  Once the onions were soft I added a can of black beans and chopped tomatoes. Mix this up well then add broth, salt, ground pepper, roasted garlic powder and basil.  I used roughly 4 cups of broth as I like it soupy.  Now add gnocchi and simmer.

Here is a cheeky little nod to the star of the movie - monkey bread.  There was a scene with the helicopters flying deep into the jungle and suddenly a very irriated Kong arises and glares at the copters.  A soldier asked, "Is that a big monkey?!"  So....monkey bread.

It was more than we needed for a household of two - wish my son and his parmour were near us so we could share. 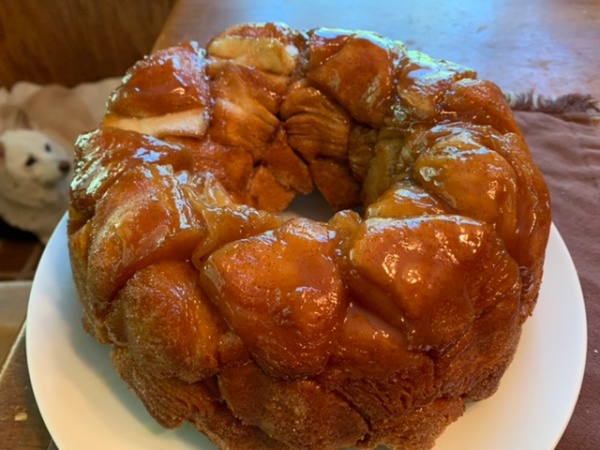 It went a treat with coffee.  Mmmmmm...... cinnamon and sugar and hot bread. 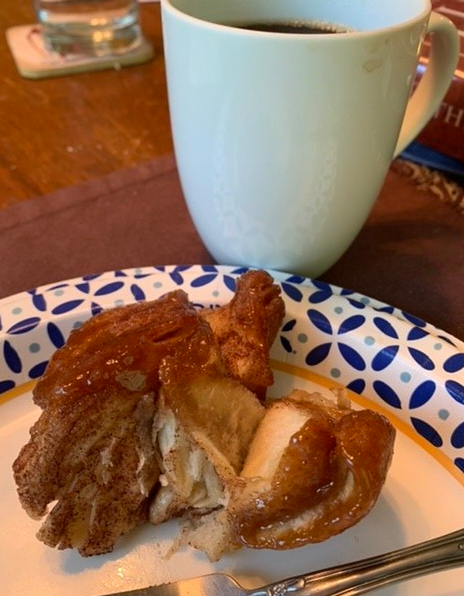 Camilla's announcement post is HERE. Join in if you can, it's fun to see what the participants come up.  Camilla lists numerous films to choose from.

Marg at The Intrepid Rearer and Baker for Weekend Cooking