JONAHS in Thomasville Georgia; The Shrimp and Cheddar Cheese Grits are worth the trip!!! 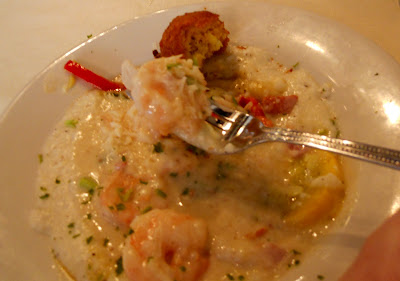 I don't think we could have asked for a nicer Saturday than the one we enjoyed yesterday. An amazing shrimp and grits lunch in Thomasville Georgia, a fun ride and very pretty weather.

We started out early on the bike to hunt down Myrtlewood Plantation so we wouldn't be late to a rehearsal dinner this upcoming Friday. It wasn't a huge pain to find but Google maps let us down on directions.

Also, so glad we did a dry run on the bike early as...it's a dirt road heading down to the plantation....and had we decied to take the Road King this Friday to save gas....we would have been screwed. So, we never got a chance to see the grounds or take photos.

Now to the important stuff!!
Shrimp and Grits 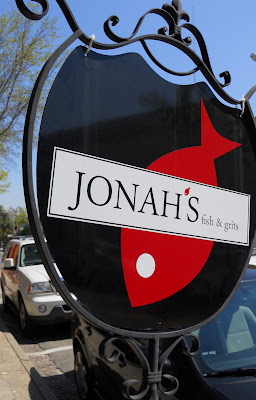 Thomasville Georgia is a nice town with bricked streets in the downtown historic district. One of the reasons we headed there was to eat at Jonah's Fish and Grits restaurant. They were written up in Southern Living magazine in 2010. 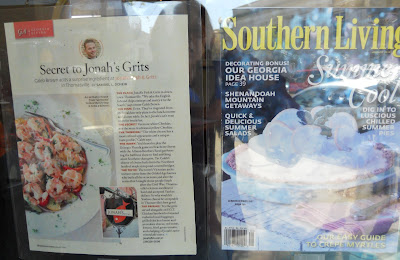 This dish here - shrimp and grits - is what they are known for. Oh. My. 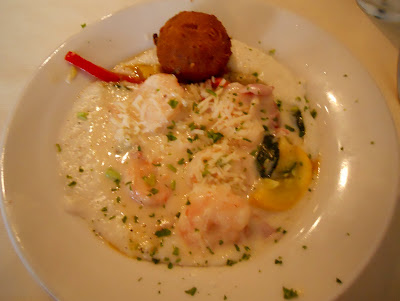 One day I will try to copy this and I hope we don't get sick of shrimp and white cheddar grits before I nail the recipe.

The hush puppy was unlike any I have ever eaten. Doug is from the south so his opinion counts more than mine on hush puppies (as I was not introduced to such until I moved to Florida). They were light....fall apart in your mouth....so delicious that you didn't want it to end. I saved a tiny piece of mine until my shrimp and grits were almost gone. 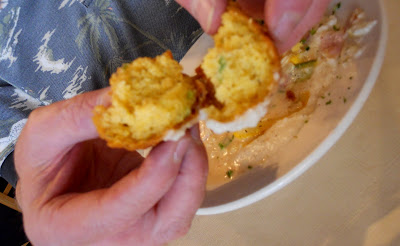 It was just enough of a serving that you weren't stuffed ...yet you were not wanting for more. When I saw a bowl delivered to a neighboring table, prior to us receiving our order, I noticed a woman scraping her bowl for the last bits with enough vigor and concentration that I wondered if the portions may not be skimpy. Not the case at all...it's just that good!

We splurged and split a piece of key lime pie. Tristan would have loved that pie. 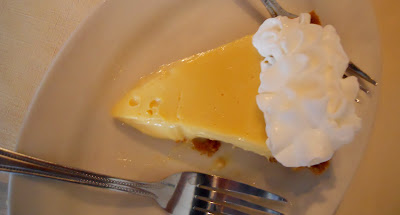 The ride back was nearly perfect - a combo of canopied live oak lined roads and open straightaways, the weather was a dream. Despite two people pulling out in front of us on lonely country Georgia roads (perhaps without the goal of
killing us...but still.....Doug had to make evasive manuevers), we made it back safely and enjoyed a beautiufl ride.

Oh...we stopped off in Havana to buy some PG Tips tea and wander around. This is one of the shops with such pretty landscaping and bushes....maybe we ought to plant some of this around our place. Lovely colors. 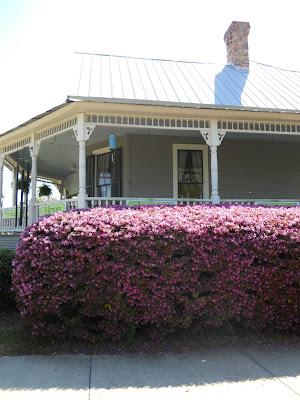 Hope you all are having a great Sunday! 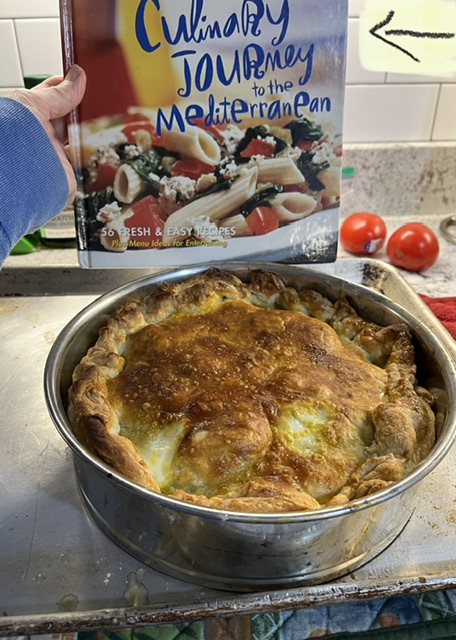