I think I need an online break. You ever feel that way? Kinda meh...(shrug of shoulders). Maybe it's the weather.

Anyway....let's talk pasta as it's one of my favorites. I want to talk about something I enjoy and for me, it's pasta.  I had the benefit of growing up in a suburb south of Philly and visiting my friends' Italian kitchens. Friendship and great food.  ♥ There are times I get nostalgia about Pennsylvania but I realize my memories are from a time long gone.  Things wouldn't be the same now, I know that. Doug and I considered moving to Philadelphia when we were in our early thirties ...obviously that didn't pan out.  Now it is too much snow and cold weather for us to think about a move like that.  Who moves from Florida to a place with snowy winters?! Don't want that. (See.  I am very grousy today)

The point of this post is to hook up with cooking clubs so, pitter patter, let's get at 'er.

This week I had already planned a Ramen noodle stir fry and later on revisiting Jacques Pepin's Penne with ham and vegetables.  While perusing a Donna Hay cookbook I saw this baked carbonara.  So I switched the menu around. 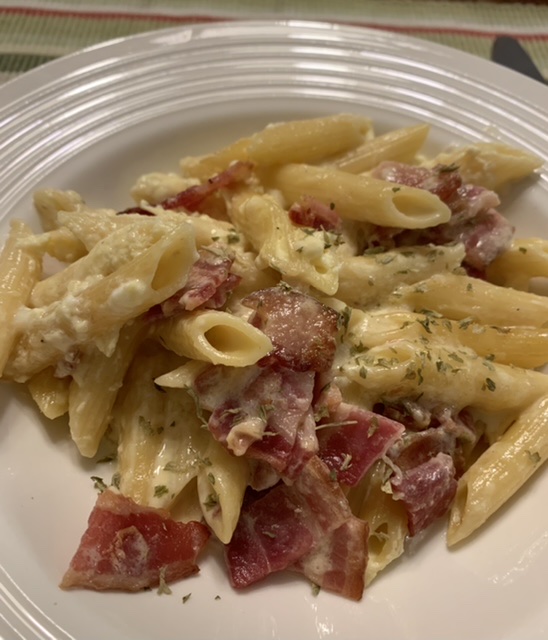 I couldn' possibly ask Doug to eat three different pasta meals in one week so something had to wait.  We did the Ramen and then turned out I didn't have all the ingredients for the Pepin recipe so.....Baked Carbonara!

We love this version and plan to have it again sometime. Highly recommended for anyone who loves a good pasta dish. The Donna Hay cookbooks are good. 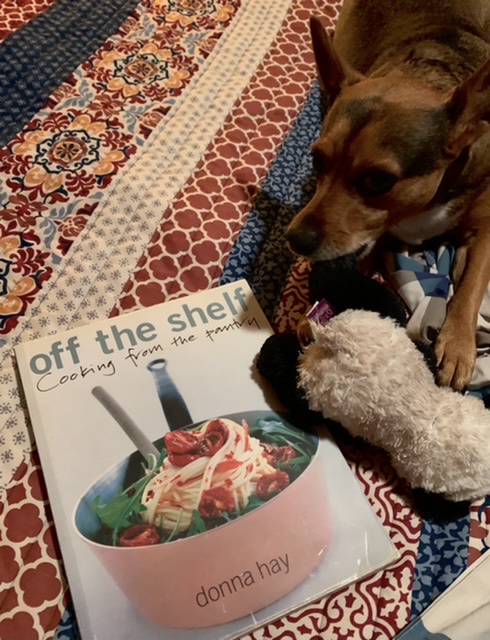 Cook 14 ounces of ziti or fettucine (I used penne and a bit less than the called for amount). Drain and set aside.

Place pasta in large ovenproof dish, top with bacon and egg mixture. Bake at 350 F for about 30 minutes.

See you in February!

Sharing with I Heart Cooking Club and  Marg at The Intrepid Reader for Weekend Cooking series. 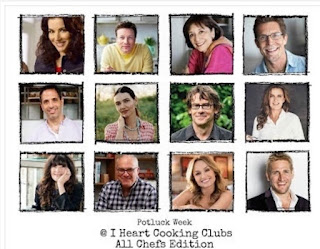 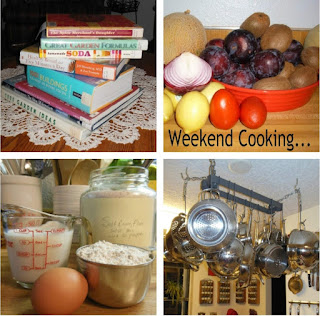 Hello Sunday morning ....already. This week went by so fast for us. Here's the Sunday Salon update. Loki has been having adventure going...