It's been a long week already and it's only Wednesday. Doug had Mohs surgery for the basal cell cancer and it was much worse than mine from 14 years ago. He is very tired and bruised. Once the cancer was identified the dermatologist cuts it out, leaves the area open until the lab work reveals it's gone.  Well.....it was a larger area than the doctor thought so more cutting was needed.  This means more needles with lidocaine for numbing. They still didn't get it.  Ugh!  Third time was a charm but after three rounds of injections you are assured bruising and soreness.
After several hours and the cancerous parts were cut out we were off to the plastic surgeon to patch it up.  And yeah, more lidocaine injections.  I felt so bad for him! We arrived at 9:30 and headed home by 3:30. Thankfully he's done with that. Except getting stitches out next week.
Here is my midweek roundup of books, movies and food below.

Watching / The Dish is a good movie about the Parkes Observatory in New South Wales Australia and the part they played during the first Apollo moon landing. They partnered with NASA to get a signal so we could all watch Armstrong set foot on the moon.  Love this movie. 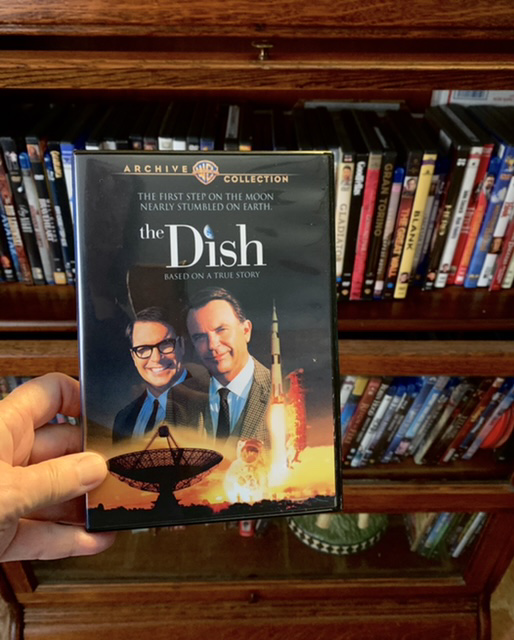 Puzzles - After my friend Stacy sent me the Star Trek puzzle it jump started me on puzzle fun again.  I recently finished this one depicting Jane Austen book covers. Very colorful.  Doug helped me with a few challenging pieces after I stared for ages. Reading / Daisy Darker was a good read, put me in mind of Agatha Christie's And Then there Were None but a bit of a different twist. The ending was great, a never-saw-it-coming revelation.  The grandmother of the Darker family asks the family to come to her coastal Cornwall home for her 80th birthday on Halloween.  Nana has been convinced she will die at 80 and her son, his ex-wife and their three adult children arrive as summoned.  They are mostly a despicable lot except for our narrator Daisy Darker.  Once the tide rolls in they will be trapped until morning as you don't come and go without a boat after high tide.  There is a big storm, the electricty goes out and at midnight they hear a scream.  Nana is dead in the kitchen and since no one can come and go, it's anyone's guess on suspects. (None of this is a spoiler)

Alice Feeney never lets me down. Loved the Cornwall setting.

Here is Loki, my reading buddy.  Still waiting on his DNA analysis.  I'm not sure a deer has ears this big and tall! 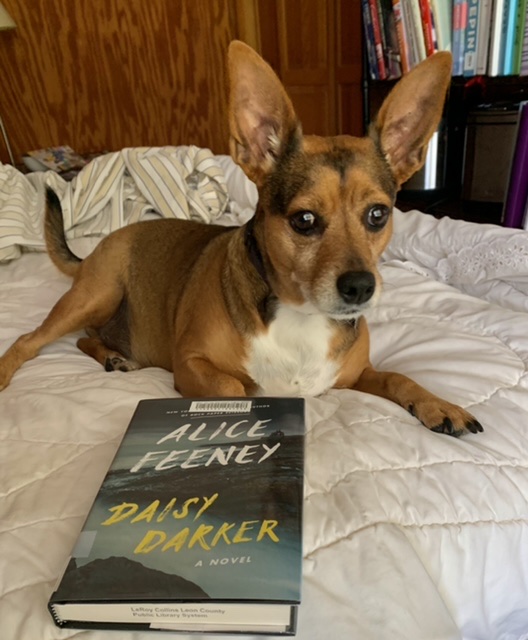 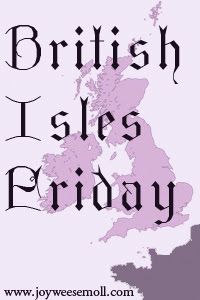 Hello and happy Sunday!  I had a lovely break from blogging and  no regrets quitting social media. It's finally gotten brisk enough here... 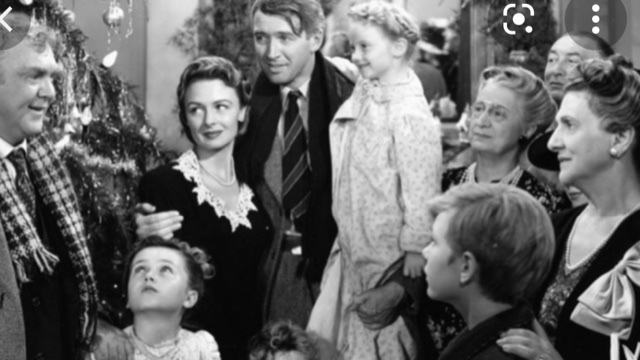