Here we are in the first week of April and I can't believe how fast it seemed to arrive. As usual I probably waited too late to plant tomatoes but I will most likely give it a try as soon as I can get to the nursery.  Weird weather patterns have us sitting outside to enjoy dinner one night and driven inside by freezing temps later in the week.  That certainly hampers gardening plans.

Life stuff / Doug had his eye surgery this week. A vitrectomy which was succesful.  He can’t drive now as he's recovering. He came out with an eye patch - very roguish as a pirate. This eye surgery is the result of the torn retina back in November so hopefully all is repaired now.  Amazing what advances we have in medicine these days.  Fifty years ago he would have gone blind so I am thankful to Dr. Steinmetz and his expertise!

The Loki Chronicles / Loki is getting better as time goes on.  He has a girlfriend at the park but I don't think he knows it.  She flirts with him, rolls over and "talks" but he isn't fully engaged yet.  They do get along splendidly.

He was dropped off for a bath at the vet's office and they sufficiently babies him so he won't have fear of that group of people.  He's still on Xanax but making improvements. All he needed was love and patience. 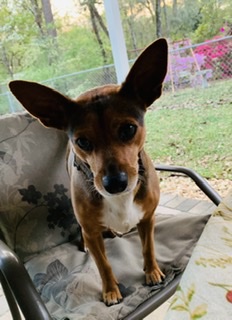 That's my Sunday Salon for the first week of April.  I hope everyone is well and staying safe.

Linking up with Deb at Reader Buzz for Sunday Salon.

It's April 15 and a cool rainy day here. This month we have had quite a bit going on but only in the planning stages - I'll be glad ... 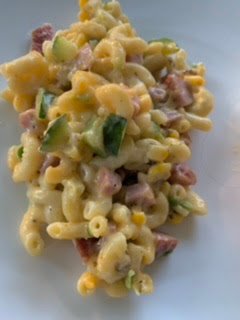